If you’ve been following along, you know I’ve started a new series of paintings. These are little 6X6″ oil paintings on Ampersand Gessobord. I’m focusing on birds. Bird photos I’ve taken out my back door while the cats are salivating inside next to me while I shoot photo after photo.

The only trouble is, most of my photos were out of focus, under exposed, and just generally mostly frustrating to me. And I knew if I wanted to do a significant run on this series I needed to get better at the photography and figure out how to get better at finding and/or attracting the birds.

Now, my dad was a big birder and spent many an hour hanging up bluebird houses, feeding the birds around the house and watching them and recording his findings. I’m pretty sure he was a member of the National Audubon Society, as he got a magazine and lots of mailed requests for donations from them. Thanks to him, we still have a large number of lovely birds visiting the feeders regularly.

Unlike him, we have not been feeding them year round. But I’ve since learned from a friend and member of the local Audubon Society (the Northern Neck Chapter), that to keep the birds around all year, you need to feed them seed in the feeders year round. Having more birds in the area helps reduce the number of annoying insects around the house as they will eat them as well since they are already in the area. So, first lesson learned.

I’ve also decided to join the local chapter and perhaps participate in their bird walks so I can learn to identify them more easily and perhaps take even better photos because I will learn their habits and will be better able to anticipate where they will be.

The second lesson was learning how to use my camera more effectively.

I was down at the RAL Art Center in Kilmarnock on Tuesday doing my duty as the Day Manager (part of the responsibility that comes with renting wall space there in the gallery). And two members of the photography group met there to share information about cameras that morning. Since one was a bit late, I took the opportunity to ask the more experienced photographer, who was waiting, how I might turn off the noise my camera makes (a little musical tune) every time the thing is turned off or on… a real issue when trying to take photos of wild life. It also beeped when settings were changed and I found it to just be annoyingly noisy. But, other than that I liked the camera. I had to admit there was a lot the camera was supposed to do, but I had no idea how to work it all. She was unfamiliar with my camera and suggested I check out the owner’s manual. Well, that particular document has been gone a very long time. This is not a new camera. She suggested I look for it on line. And low and behold, when I did, there it was! And the first thing I did was turn off all the noises the thing makes. So nice.

Today, I began working my way through the various settings while seated comfortably inside the house looking out the back windows. I did wash the windows in anticipation of my bird photography just before the cold front arrived. Ken and I also filled the feeders to capacity and I set up an extra pie pan with special goodies like tangerine halves, suet and bread crumbs and nuts and dried fruit for the birds who prefer something other than straight seed.

So, with the cats drooling beside me as I worked, I got a number of pretty cool photos. After a couple of hours, I put the memory card in the computer and cropped a few and adjusted some of the exposure issues… honestly, I’m not THAT great of a photographer, but I’m pretty happy with these: 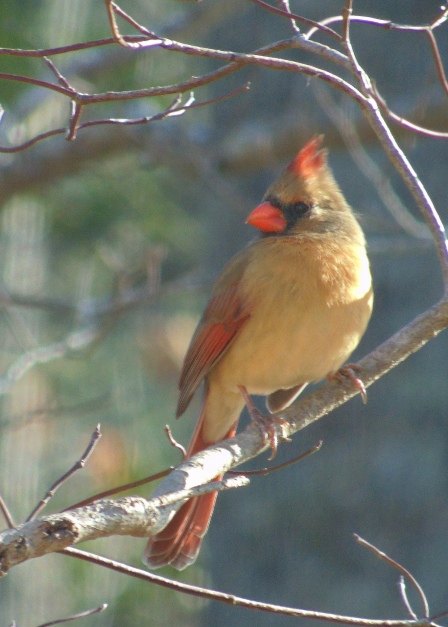 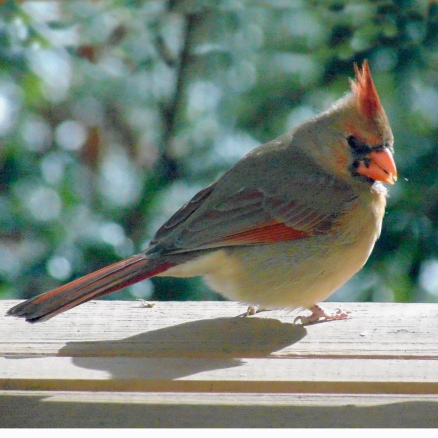 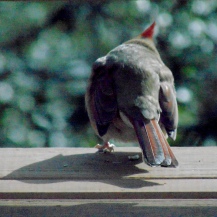 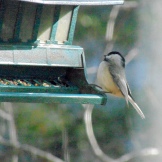 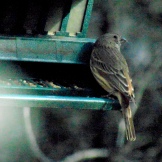 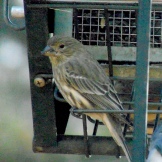