On Tuesday, my friend and fellow painter, Daphne Benton, are installing a two woman show of our works at the Northumberland Public Library where it will be available for viewing until January 31st. That’s 20 of my paintings to be packed and hung. I’ve warned my husband that our walls will basically be striped clean. Thankfully, I have a bunch of my mother’s works that I can hang in the meantime.

Yesterday, I took two pastels to the Rappahannock Art League Gallery Studio and replaced a few of the paintings I had there. Three of those retrieved are going to the library.

I have four paintings at the Heritage Arts Center which will be retrieved on Monday or Tuesday and put in the library show.

I have seven pastels at the framer’s that won’t be back until mid to late week next week. Too late for the library show, but in time for other things.

I have one entry set aside for the You Be The Judge show at RAL with delivery on Monday.

And the MAPS show in January is coming up and two paintings are going into that. And there is another MAPS show close on it’s heels for which I have not yet completed a painting… although I think I know what the subject is going to be but for which I still need to do the set up, reference photos and actually DO the painting.

I’ve got this crazy notion of trying to participate in the 30 in 30 painting challenge this year during the month of January in which I would complete and post one painting daily (albeit small ones) most likely in oils.

I’ve also got a set of washcloths on the loom with have the threading completed and the reed sleying, finishing the tie-on and weaving to complete before the end of the month. These will be hemmed and packaged with my homemade soap to sell at the Heritage Arts Center.

And I’ve got my new box project in the works. This is coming along but very slowly. I’m repurposing cigar boxes as tabletop treasure boxes or jewelry boxes or some such things. It is a collaborate effort between my husband and I. He is making hand forged knobs and feet for them. I’m lining them with handmade papers and painting the exteriors. I think they will be pretty cool provided I don’t screw up the painting.

And I’ve lost my momentum. In the middle of the night, Monday, my dad fell and broke his hip. He underwent surgery on Tuesday afternoon/evening to stabilize the femur and at least put the ends together so the pain could be managed. But the whole thing is deeply complicated by his struggle with Alzheimer’s. For over a year he has been in a memory care unit. He is a strong and healthy man for his age and despite being removed from blood pressure meds and all the other stuff doctors had him take for decades in earlier years, he has been, until now, very stable other than his mind slowly melting away. He does not understand why he is in the hospital, why he is in such horrible pain, why he can’t get up, and who all these people are (including much of the time, family members). He threatens the hospital staff with curses and violence and unless retrained, fights to remove IVs and catheters. We learned that in order for him to have the surgery to set the bone to relieve the pain, we had to lift the do not resuscitate order. The plan has always been that we would let him go when it came time by refusing life-sustaining medications and treatments, but would allow for pain management. It’s an awful Catch-22. We could refuse the surgery which we considered pain management but which the doctors considered life sustaining; but he would likely linger for weeks and months in horrible pain that even pain meds could not relieve. Or we could allow the surgery and know that the pain would be lessoned considerably and he would live quite a while longer but loose even more life quality. In any case, he is not a good candidate for the physical therapy as he is belligerent and will not follow instructions. We opted for the surgery. So he is now going to end up spending his remaining time between a bed and a chair. Once released from the hospital, he will return, not to the memory care unit, but to the nursing care unit in the community where my parents live. It may sound horrific to some, but my family is hoping sincerely that some variety of bug comes to visit him soon and he can be allowed to pass via pneumonia or the flu or some other infection. He lives in constant fear now and I believe that is the worst pain of all.

And I’m just trying to stay busy. There is truly nothing else to do but wait. 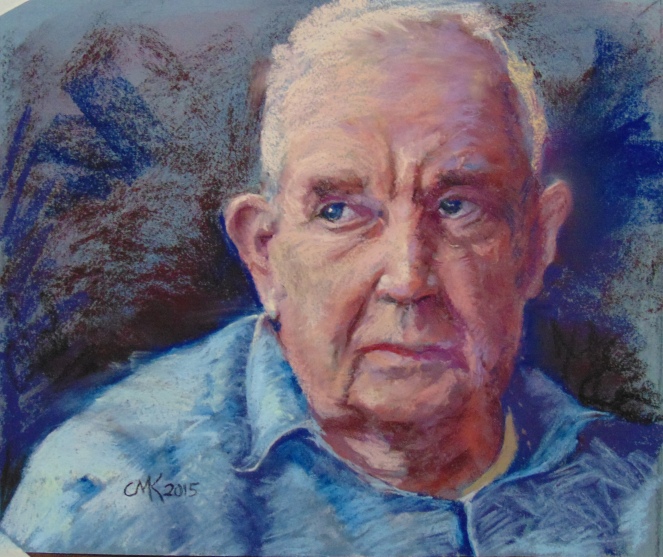 One thought on “The Week Between”